Zachary Sterling was born in a small little house in with a small little yard, A wonderful mother and a loving and kind father. He later came to have a little brother and his name was Castor. Now not everything was perfect because all families had their problems, however they came damn close.

That was till he came. Late one night Zachary's world would change, perhaps for the better or maybe even for the worst. Something late one night came into Zachary's room, the room he shared with his younger brother. As a child that had barely noticed the figure because he was half asleep Zachary didn't think much of it. In fact he simply thought it was his father checking in on his sleeping brother. It was a common thing for him to do and so without second thought Zachary had found himself drifting back into his sleep.

It wouldn't be till Zach heard his mother yelling "Get away from my son!" that he realized that it wasn't his father and by that time it was to late. His mother was thrown across the room and the bedroom door was thrown closed and somehow locked. He could soon hear his father pounding on the door for someone to let him in. The dark yellow eyed figure had seemed to vanish in a cloud of black smoke around his mother.

Zachary had ran to his brother's crib pulling him out by the time he became unfrozen in his bed and ran for the door as his mother was flung allover the room, However by that time the damage had already been done he just didn't know it yet. His father finally made his way through the door in time to see his mother near death as she was flung into a window and a large shard of glass had entered her neck.

However by the time Zachary got turned around just outside of the smashed door he could see his mother on the ground coughing up water from her lungs mixed with that of blood. His father rushing up to her to try and help her and that's when it finally happened. She burst into a ball of flame as the black smoke vanished from her leaving her body to weak to move. her body collapsed as her screams echoed through the room. The smoke making its escape out the window as the room caught fire the father just barely escaping the flames of the explosion.

The boys and the father made it out of the house without so much as a scratch and called 911 at their neighbors house. Zachary to this day remembers everything as clear from this night as if it happened yesterday.

After such a defining moment in Zach's life he was always having to watch over his baby brother while his dad went away. The only times he did he his father it would be time to train to go out and hunt the monsters that go bump in the night and to one day save lives. His father was hunting the thing that killed his wife however in the process of doing so he first had to learn everything he could about the beyond natural world. What better way than to hunt everything that he can and travel the country and in doing so learning from other hunters?

Unfortunately this meant that the two brothers would be on the road a lot. moving from place to place and constantly being the weird new kids in school. Zach having to be the strong one of the two of them learned how to adapt rather fast while his younger brother didn't really ever shake the felling of being a loner and avoiding people as to not grow attachments because he knew it would only be a matter of time before he would have to leave yet again. Zach however didn't make friends but he was always that kid everyone thought was a bad ass and wanted to hang around. He never let anyone to close nor did he let anyone one in. 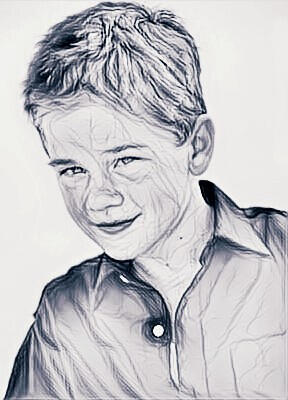 By the time Zachary had reached the age of ten him and his brother were forced to stay at a friend of his fathers place. The things that happened to him there made him lose not only his innocence but also his faith in religion. These days were dark for Zachary and to this day neither him nor his brother will ever talk to anyone about ehat they went through.

They finally escaped that place wheb Zachary had reached his limit and had enough torcher, pain, suffering, abuse, abd rape. He had finally snapped and killed the man who was suppose to be taking care of them. He had put his hunting skills to good use and hid the body. When his father came back for them he had told him that one moment the guy was drunk on the couch and the next he ran out the door chacing someone and never came back. So Zachary figured it had to be important and took on the responsibility of taking care of his brother.

After that the family continued to hit the road again and suddenly to Zachary's surprise castor suddenly didnt mind being the new kid so long as they were out of that hell. However that only lasted for a short time before all the moving and new schools once again got old real quick. 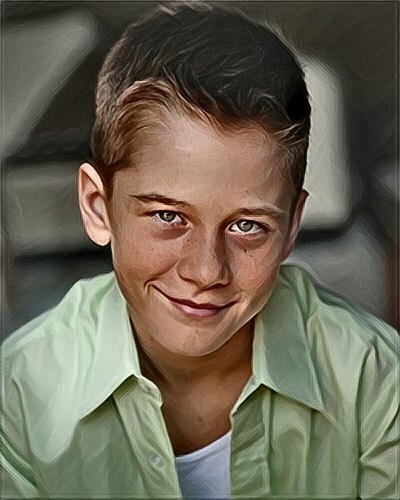 As the years move forward the more Zachary started to get into his ace degenerate stage in life, something he wouldnt really grow out of. This is when he started to build his reputation for getting into fights and flirting with the babes. 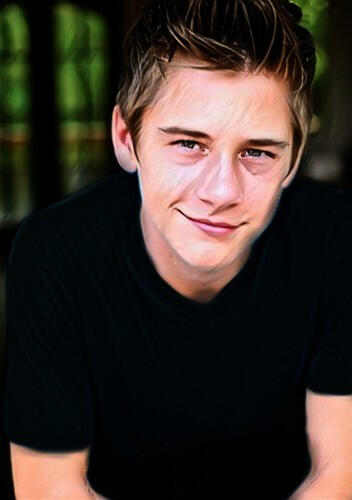 By the time he was seventeen he was a complete degenerate. He did what he wanted when he wanted. He didn't care about anyone other than his baby brother, and his ride. His flirting moved on to not just students his own age but also female teachers in which he seen as a sexy or attractive. 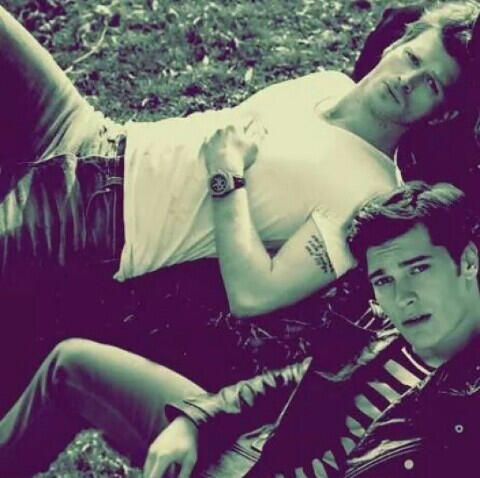 After high school was over and Zachary had turned eighteen years old, he decided it was about time to fly the nest and give his brother a chance to live his own life. So he enlisted in the military, he cut his hair, and he worked his ass of in training. It wouldn't be long after training that he would be deployed off in the middle east somewhere as a marine sniper. He ended up breaking damn near every sniper world record while he was active. 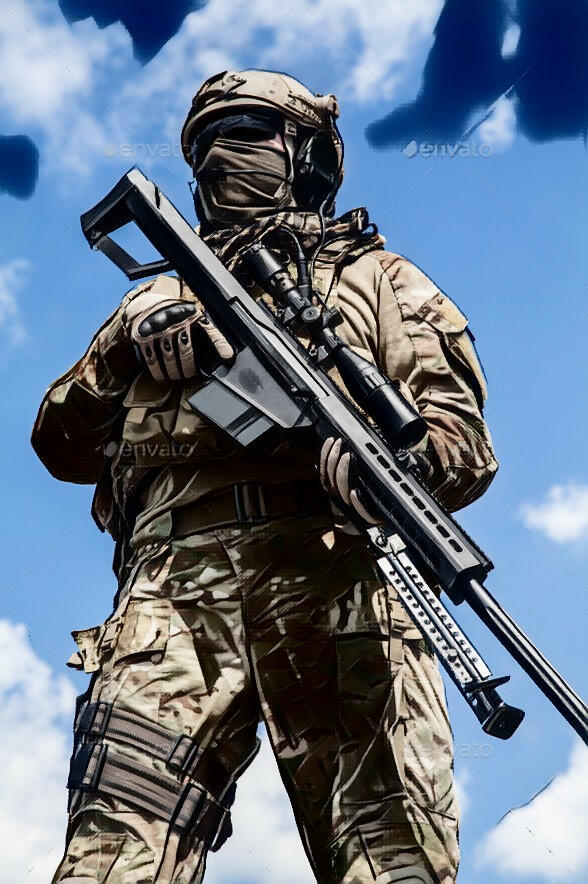 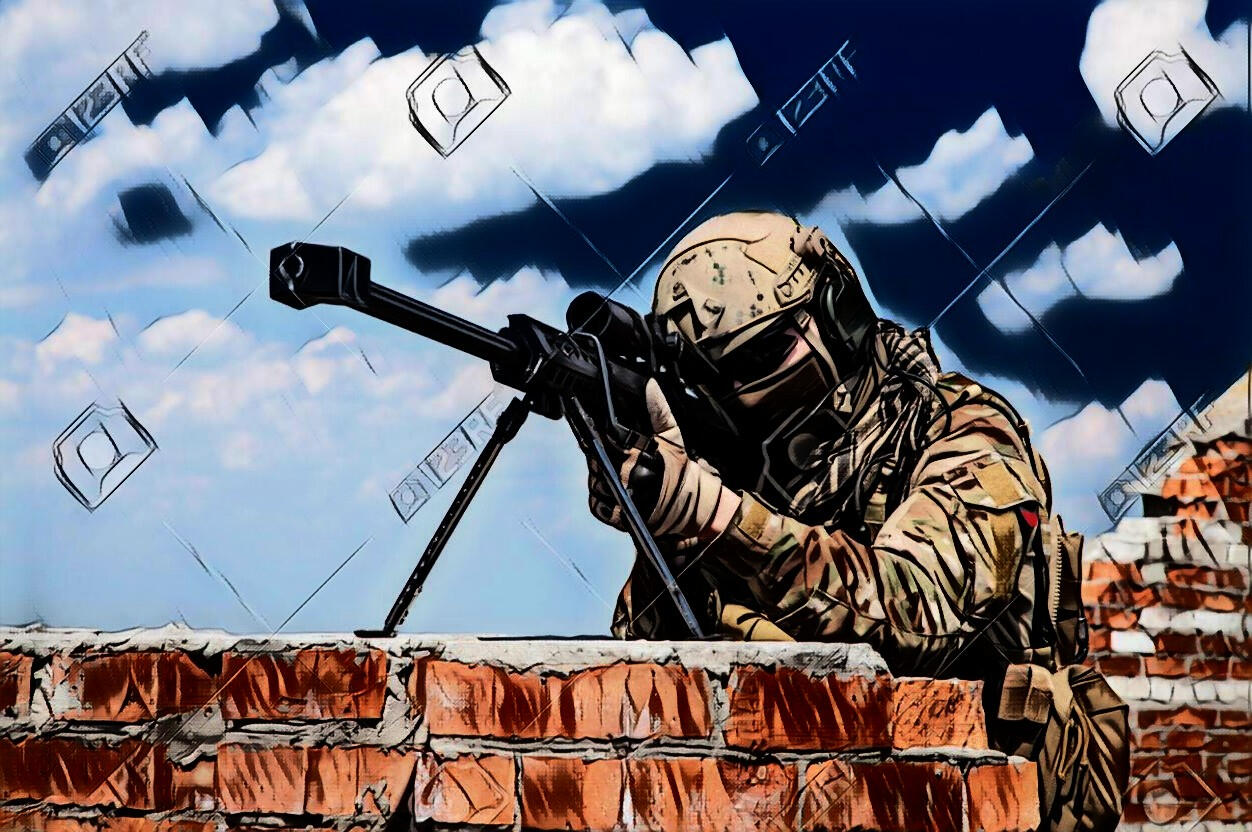 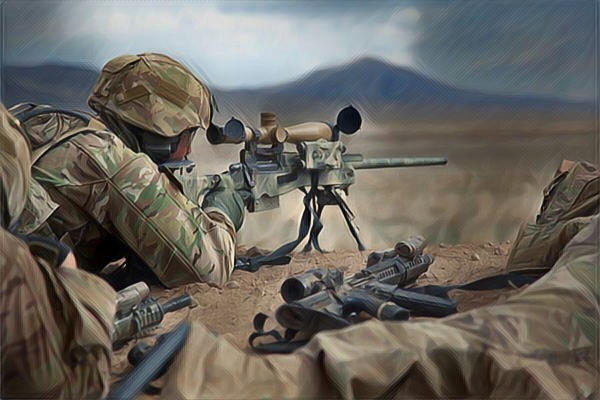 Once he finished his service he came back a changed man with a sence of duty to help make the world better by killing one monster at a time. Starting with helping his father out a bit on a few cases. Occasionally having to pick up his sniper from time to time to get the job done. 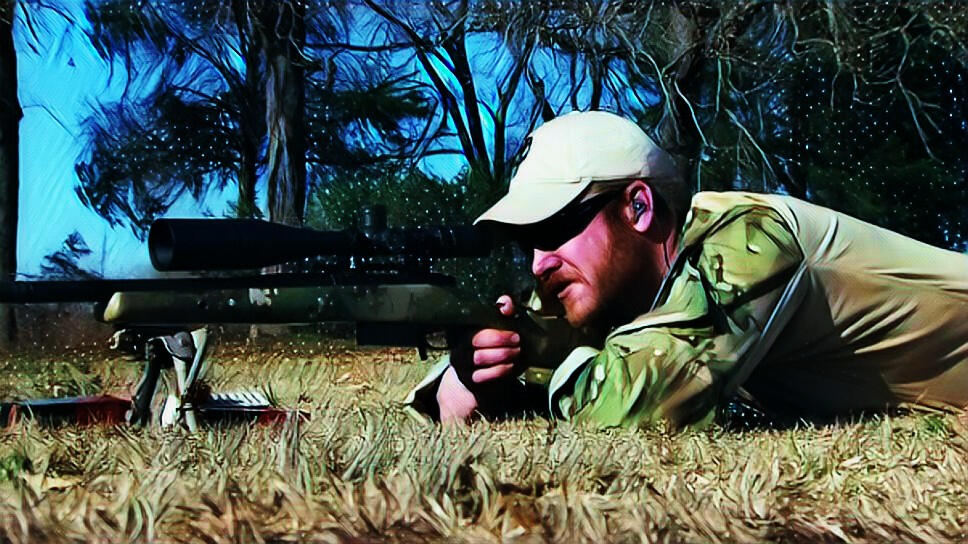 However that hunting pairing wouldn't last long. One night they got in over their heads and had been attacked in the forest by a pack of werewolves. Zachary was alright because they seemed to run off after the first three of them fell however his father would be in bad shape. It was a critical condition. Zachary rushed him to the hospital and told them that they went camping and he went to go to the bathroom where he was then attacked by wolves. Luckily for his father he wasn't bitten, however he was in a a hospital in a coma.

That is when Zachary seeks out his collage boy of a brother in order to seek his revenge on the werewolves that put his father in the hospital. This is where their story begins. 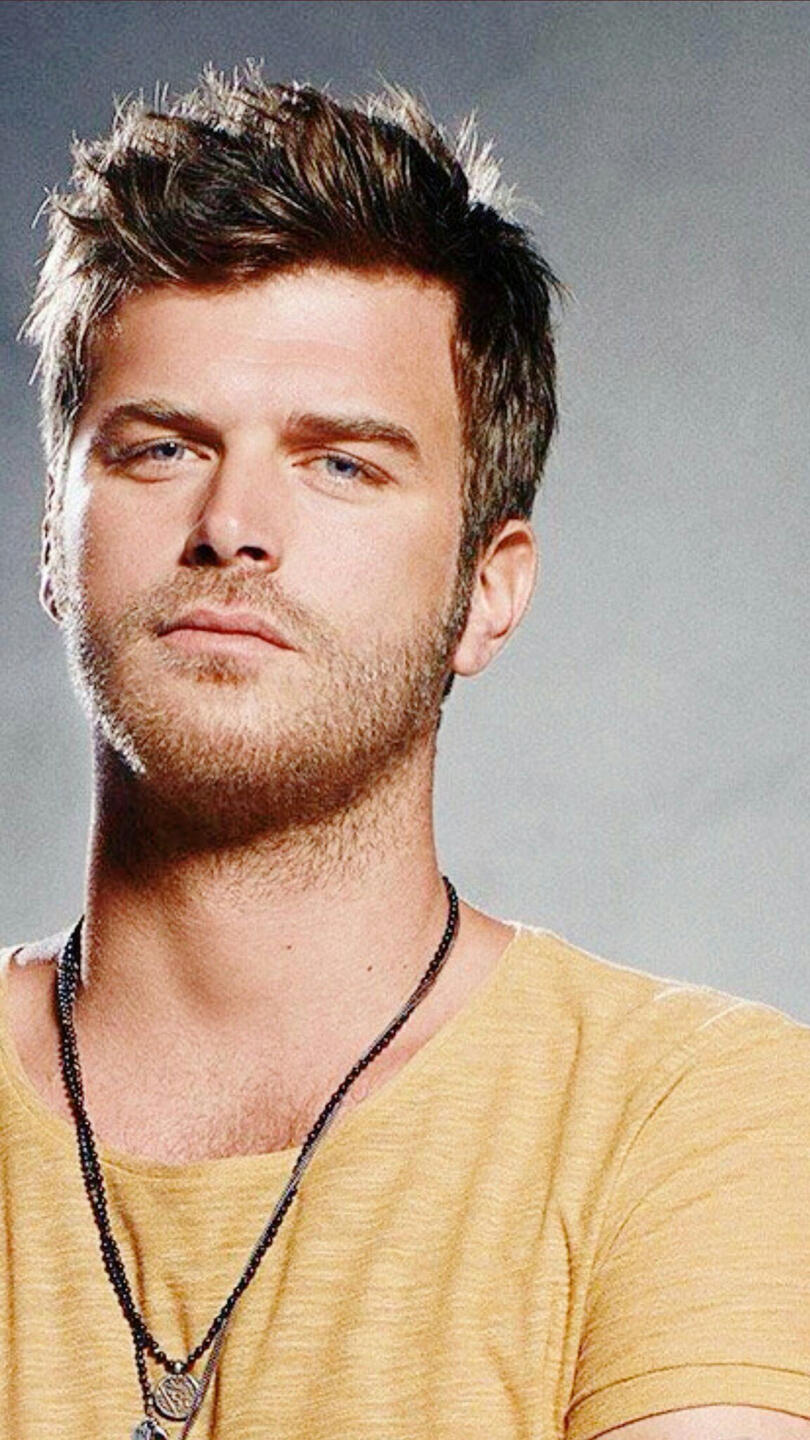 Expert sniper thanks to his military training.

With his life on the road he has developed above advrage driving skills.

Parkour thanks to a group he use to hang around back in highschool.

Hunter training thanks to his father. 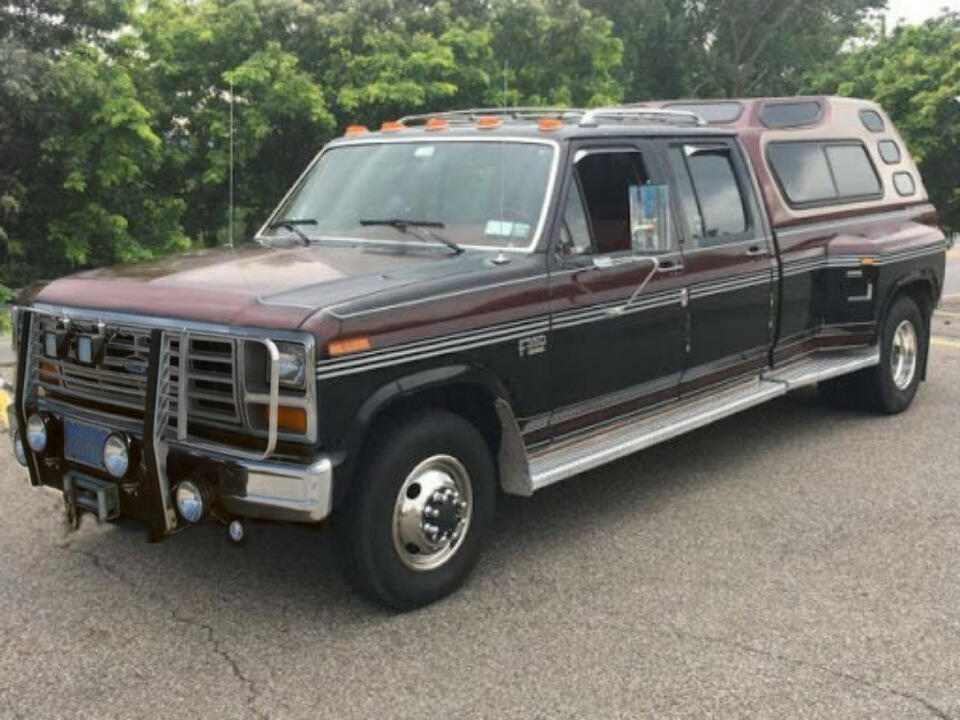 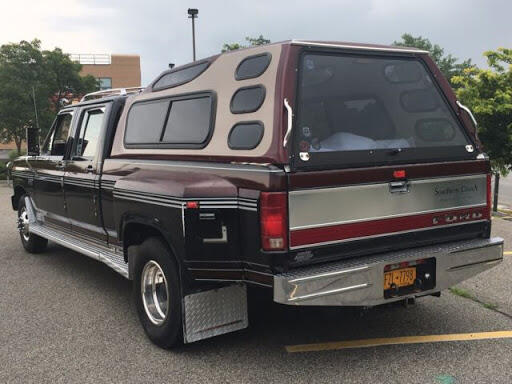 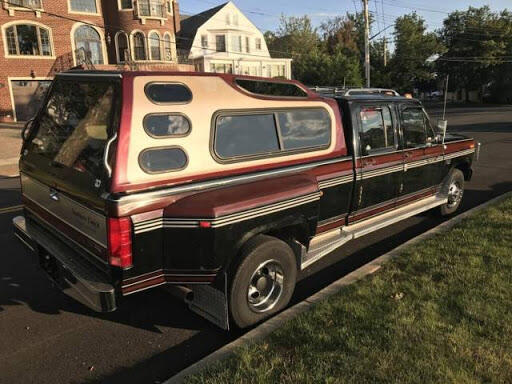 The truck itself is a ford F-350 and has 7.3 diesel motor, it's a 4x4 and dual wheels, has a gun rack mounted in the back window, and the bed of the truck has been modified so that the walls open up to store his arsenal and you can’t tell just from looking at it that you can open them. On the bottom of the hood there are some interesting bits of artwork that keeps the car from being possessed by a spirit or demon, similar to the scared brand mark on his right shoulder he had since he was in his teenage years. The camper shell mounted onto the bed of the truck also forms the roof over head as well as extra protection for his gear, bags, and allows for extra storage. It also hides the toolbox with many of its tools, and gear, the shells widows are tinted one way mirrors and extremely hard to look through from the outside in. The shell itself is lockable as is the trucks bed when one is locked both are locked. One key, one lock. Its was a a idea that Zachary and his father James had come up with and put into action. 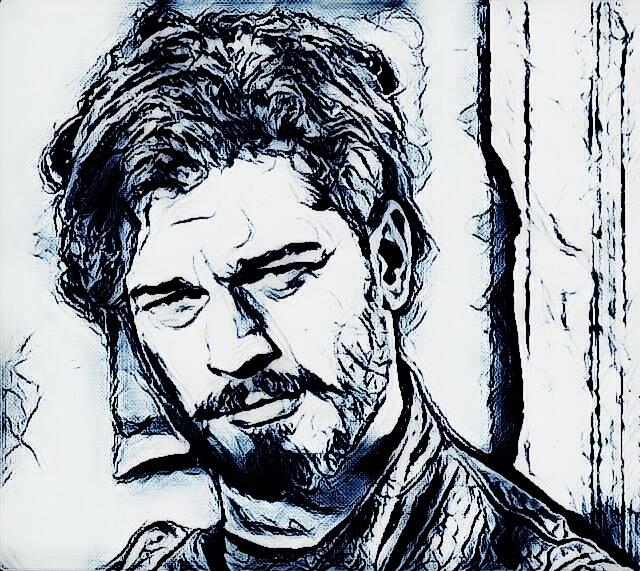 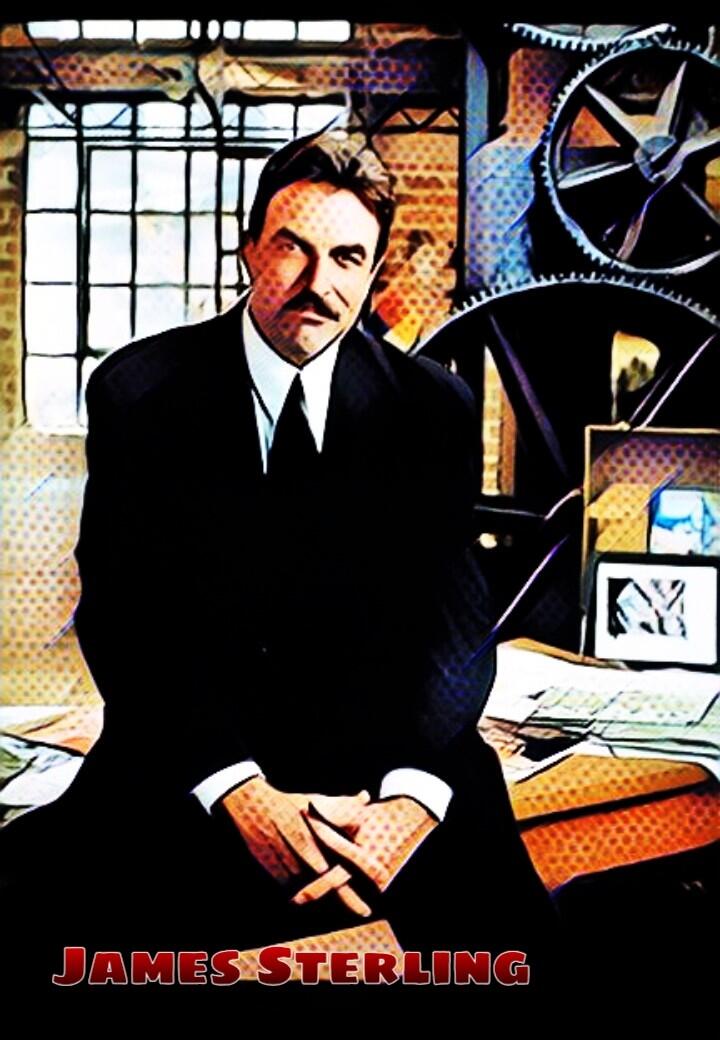